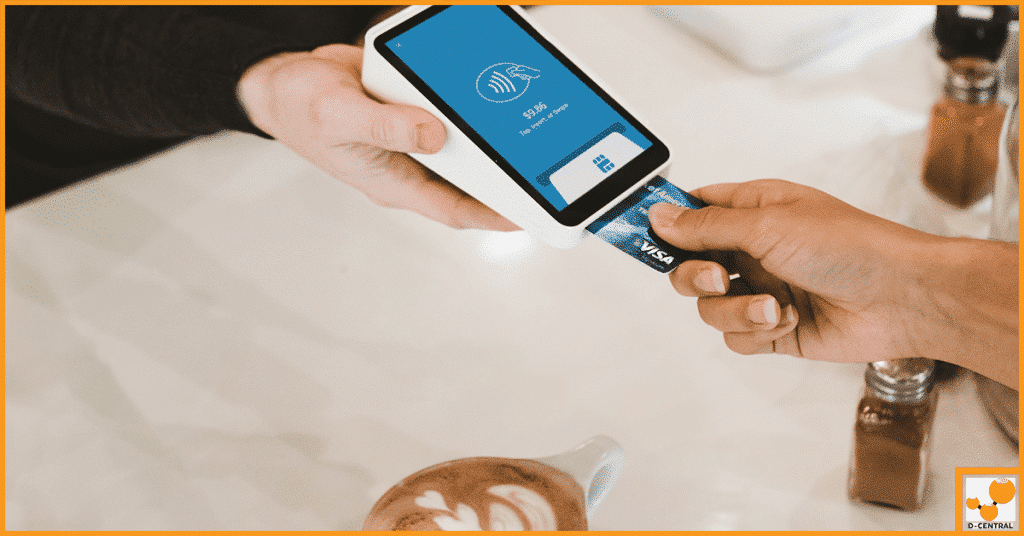 During the past few years, there has been tremendous growth in the world of cryptocurrency. Without a doubt, the leader in this venture is Bitcoin. For those who might not have heard, Bitcoin is a digital currency that is traded across a decentralized, distributed network. This means that there is no central authority that governs how Bitcoin is used, when it is traded or its value. Bitcoin is not subject to random acts of inflation or deflation that can be controlled by some sort of central authority. In this manner, Bitcoin has been designed such that the best way to use Bitcoin to make money is to play by the rules of the game. At the same time, many people are asking whether or not Bitcoin is slow. Specifically, is Bitcoin too slow? What does this mean for people? Is there anything that can be done to fix this? In order to address this topic, there are a few other points that people need to keep in mind.

Many people expect Bitcoin to one day become some sort of layer for mass payments. The reality is that this is not going to happen; however, there is still a lot of debate surrounding how Bitcoin works and whether or not it can reach this step. First, it is important to define what is meant by a “mass payment” system. In this world, Bitcoin is being compared to credit cards and debit cards. Just as a matter of perspective, Visa can process up to 50,000 transactions in a second. It averages around 24,000 transactions in a second. Bitcoin does not even approach this level; however, this might not matter.

There are some that feel for Bitcoin to be successful, it has to find a way to act as sort of a one-stop-shop. In this manner, Bitcoin should be expected to combine the numerous roles of a currency issuer, payments rail, and settlement layer. With many payment systems, there are alternatives that take care of each of these steps. In this case of Bitcoin, this is true as well. Bitcoin does a great job of acting as some sort of currency issuer (the coins) as well as a settlement layer (distributing said coins). On the other hand, Bitcoin does not act as much of a payment rail in the traditional sense. What is meant by this is that Bitcoin is not routinely used to buy a cup of coffee at the store. Both for reasons and scale and speed, Bitcoin simply doesn’t do a great job when it comes to payments.

Addressing the Confusion in the Debate

There seems to be a source of confusion when it comes to Bitcoin. There are many who feel that the debate is somehow philosophical rather than technical and this stems from the original research paper from Satoshi, titled “A Peer to Peer Electronic Cash System.” Many people hear the terms “Peer To Peer” and feel that Bitcoin has to handle every single transaction that takes place between two peers. On the other hand, there are others that believe that Bitcoin has to work at the speed of Visa (mentioned above) or that somehow Bitcoin is flawed. Fortunately, this is not the case. The reality is that Bitcoin is never going to be able to meet these lofty standards. The best part about this point is that for Bitcoin to be successful, it does not have to reach these two goals. Bitcoin does not fail on its premise and it is time to take a closer look at exactly why.

Taking a Closer Look at the True Speed of Bitcoin

Now, it is time to examine, in detail, how fast (or slow) Bitcoin actually is. In general, there are Bitcoin blocks that are solved every ten minutes. It is important to note that this is an average. For those who might not know, this refers to the idea of Bitcoin mining. This is where new Bitcoins are made. Basically, there are miners who have the equipment. This is the actual hardware that is plugged into the system and has been designed to solve complicated mathematical equations. These equations are used to create new blocks. When a problem is solved, the miners make a new block. Then, this block is added to the blockchain. The nodes to which it connects have to validate the block and ensure that it has been solved correctly. If the block is invalid, then it is rejected. If the block is valid, then it is accepted. If the block is accepted, then the people who solved it are granted something called a transaction fee. This is compensation for their time, their electricity, and their performance.

As mentioned above, a new block is solved about every ten minutes. Now, this is not a set schedule, this is simply a running average. Some blocks might be solved during back to back minutes while other blocks might be solved an hour apart. Why does this matter? It matters for merchants. How can a merchant, or some sort of another transaction processor for that matter, live in a world that is this unpredictable? One minute there are numerous Bitcoin blocks solved and then the next hour there might not be any? How can someone plan for this?

The critics mentioned above claim that Bitcoin has always been designed to be a “Peer To Peer” engine system that represents the future of the global financial system. How can this be? If Bitcoin will run at just 0.001% of Visa transaction rate, how can Bitcoin ever reach this bar? This is where the Lightning network comes in. The Lightning network is a second layer technology for bitcoin that uses micropayment channels to extend the capacity of its blockchain to transact. By removing transactions from the main blockchain, the Lightning network should decongest bitcoin and reduce the associated transaction costs. Transactions on the Lightning network are instant and will greatly improve the usefulness of bitcoin as a medium for everyday use. Lightning Network can also be used for off-chain transactions involving exchanges between cryptocurrencies. For example, it is necessary for atomic swaps, which will allow one cryptocurrency to be exchanged for another without the intervention of an intermediary, such as cryptocurrency exchanges.

To reach its potential of becoming a medium for daily transactions, bitcoin will need to process millions of transactions per day. But the nature of its decentralized technology, which requires the consensus of all the nodes of its network, is problematic. For example, approving and storing transactions will be expensive and time consuming if the number on the Bitcoin network increases. An increase in the number of transactions also requires a considerable improvement in the processing power of computers, whether located at home or at work, which are necessary to execute transactions involving bitcoins. Lightning Network solves the scaling problem by creating a second layer on Bitcoin’s main blockchain. This second layer consists of several payment channels between the parties or the users of Bitcoin. A Lightning network channel is a transaction mechanism between two parties. By using channels, the parties can make or receive payments from each other. But they are treated differently from standard transactions made on the Bitcoin blockchain. They are only updated on the main blockchain when two parties open and close a channel. Between these two acts, the parties can endlessly transfer funds between themselves without informing the main blockchain of their activities. This approach dramatically accelerates the speed of a transaction since not all transactions need to be approved by all nodes in a blockchain. The individual payment channels between the different parties combine to form a network of lightning nodes that can route transactions between them. The resulting interconnections between the different payment channels are the Lightning network.

Why Bitcoin needs a 2nd Layer?

With the way Bitcoin is set up right now, all transactions handled on Bitcoin, no matter how big or how small they might be, are validated and stored in a long history contained in the blocks themselves. That is what makes Bitcoin so great. Now, these blocks can only handle so much, as mentioned above. If Bitcoin main chain were to become the transaction processor that so many people desire, the end result would be a currency system that is less secure. How would this happen? Right now, every transaction handled by Bitcoin is stored and record in the blocks. Instead, Bitcoin has been set up with a decentralized network. This leads to a censorship resistance and a fixed supply. Sure, Bitcoin is more volatile than the average stock; however, it does not lead to the inflation and deflation that exists when currency is centralized in some way. That is why people love Bitcoin. To make Bitcoin a powerful payment processor at it’s core layer would mean to change the game. That is not something that people are willing to do. This dedication defines the future of Bitcoin and cryptocurrency as a whole.

Looking at the Future of Bitcoin

Of course, there are many people who are disappointed that Bitcoin never reaches the full potential they thought it could be; however, Bitcoin is doing very well as it is currently. Bitcoin is a great investment for many people and presents many opportunities for those who want to make money. The game of Bitcoin was designed in such a way that the best way to earn money is to play by the rules. In this sense, Bitcoin takes advantage of the natural tendencies of human greed. It would be so difficult to fool the system that it is simply not worth trying. Of course, people try from time to time; however, they never go very far. This is because this is how Bitcoin was created.

Every day more and more providers around the world are expressing interest in accepting cryptocurrencies such as Bitcoin. This demand has led to the emergence of a number of new crypto payment processors entering the market in the past year. The Lightning network gives these processors the ability to now offer their customers a way to accept Bitcoin without delay. Today, several Lightning Network payment processors are in service. During the 2017 crypto breakthrough, scalability issues hampered Bitcoin’s ability to function as “peer-to-peer cash”. Companies wanted to accept cryptocurrencies, but due to the delays and volatility that could occur during these periods, Bitcoin made no sense. The Lightning network eliminates these problems. Now it is easier than ever for suppliers to offer their products to the crypto community. You should expect to see more Lightning Network payment processors enter the market in the coming months as this revolutionary protocol enters its final beta testing phase.

PrevPreviousHow Digital Currencies are Regulated in Canada
NextColocation in CryptominingNext

Cryptocurrencies come and go. They’re created for IPOs, for games, 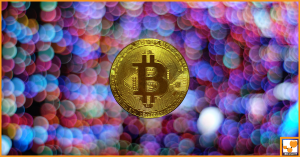 The existence of Bitcoin

Bitcoin is an illusion, a mass hallucination, we understand. These 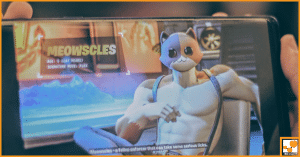 Recently, there has been a mountain of comparison between Bitcoin