The history and evolution of Innosilicon and its mining hardware offerings

Innosilicon is a Chinese company that has played an instrumental role in the evolution of cryptocurrency mining. Founded in 2013, Innosilicon has developed specialized chips and hardware that have helped to improve the efficiency and profitability of the mining process. Through its custom mining rigs and ASIC chips, Innosilicon has helped miners stay ahead of the competition by providing them with cost-effective solutions for their mining needs. The company’s A2 Terminator was one of its earliest successful products, which enabled miners to mine a variety of cryptocurrencies more efficiently and cost-effectively than ever before. By helping to shape the cryptocurrency mining industry, Innosilicon continues to be an integral part of this rapidly growing sector.

Cryptocurrency mining has come a long way since the launch of Bitcoin in 2009. What began as a relatively simple process that could be done using a standard computer with a decent graphics card has evolved into an increasingly competitive industry where miners are constantly looking for ways to improve their hardware and reduce the cost of electricity. This is partly due to the rising value of cryptocurrencies, which have attracted more and more people to get involved in mining. To stay ahead of the competition, miners have turned to companies like Innosilicon, which specializes in designing and producing specialized chips and hardware that can help them increase their efficiency and profitability. As such, Innosilicon has played an essential role in helping shape the cryptocurrency mining industry by providing miners with cost-effective solutions for their needs.

Discussing how Innosilicon was founded to create specialized hardware for miners

Innosilicon was founded in 2013 to create specialized hardware for miners. The company saw an opportunity to create products that would help miners stay competitive and increase their efficiency and profitability. Innosilicon’s founders were experienced engineers and technologists who had a deep understanding of the cryptocurrency mining industry, which enabled them to develop products specifically tailored to meet the needs of miners. Their first product, the A2 Terminator, was based on ASIC chips developed by Innosilicon and quickly became one of their most successful offerings. It allowed miners to mine different types of cryptocurrencies more efficiently than before, helping establish Innosilicon as a leader in cryptocurrency mining hardware.

Examining some of Innosilicon’s early products, such as the A2 Terminator

Innosilicon is a Chinese company that has played an essential role in developing cryptocurrency mining. Founded in 2013, Innosilicon specialized in the design and production of custom mining rigs and ASIC chips for miners who wanted to increase their efficiency and profitability. One of their most successful early products was the A2 Terminator, based on Innosilicon’s own ASIC chips and could mine various cryptocurrencies. This product helped to establish Innosilicon as one of the leading players in the cryptocurrency mining hardware market. Examining some of Innosilicon’s earlier products, such as the A2 Terminator, can provide valuable insight into how they have shaped the modern crypto-mining industry.

The A4 Dominator, a custom mining rig that was based on new generation ASIC chips developed by Innosilicon

The A4 Dominator, developed by Innosilicon, is a custom mining rig based on a new generation of ASIC chips. These powerful and efficient chips make it possible to mine a wide range of different digital currencies, including Ethereum and Zcash. The A4 Dominator was extremely popular with miners when it was first released, as it demonstrated an impressive efficiency level compared to its predecessors, like the A2 Terminator. This was due to its ability to mine digital currencies faster, more reliably, and with more significant energy savings than anything else available at the time. Furthermore, Innosilicon has continued to stay ahead of the curve in technology development, releasing further models such as the A9 ZMaster and T2 Turbo, allowing even greater energy efficiencies and cost-effectiveness for miners.

The A9 ZMaster, a custom mining rig specifically designed for mining Zcash

The A9 ZMaster is a custom mining rig designed for mining Zcash, released by Innosilicon in 2017. It was based on a new generation of ASIC chips developed by Innosilicon and was the first hardware capable of efficiently mining Zcash. The A9 ZMaster was an essential breakthrough in the industry, as it allowed users to easily mine one of the more difficult cryptocurrencies on the market. Thanks to this new technology, miners were able to increase their profits as well as reduce their energy costs significantly.

The A9 ZMaster is not just efficient but also user-friendly. It comes with a comprehensive graphical user interface (GUI) which allows users to easily monitor their mining activities and make sure that they are getting maximum profits out of their rigs. It also includes several features, such as automatic overclocking and temperature control, which help ensure that users can optimize their rigs for maximum performance and profitability.

In addition to its efficiency and user-friendliness, the A9 ZMaster is incredibly cost-effective. Compared to other similar hardware on the market, it offers competitive prices while still providing excellent performance and reliability. This makes it an attractive option for those looking for a reliable way to mine cryptocurrencies without investing too much money upfront.

Overall, Innosilicon’s A9 ZMaster has been highly successful since its launch in 2017. It has become one of the most popular mining rigs today thanks to its efficiency, user-friendliness, and cost-effectiveness. As cryptocurrencies continue to rise in popularity, so will demand for mining hardware like the A9 ZMaster, ensuring that Innosilicon remains at the forefront of cryptocurrency mining innovation in years to come.

Innosilicon’s T2 Turbo is a custom mining rig designed to be highly efficient and cost-effective. Based on a new generation of ASIC chips developed by Innosilicon, the T2 Turbo can mine many cryptocurrencies, including Bitcoin, Litecoin, and Ethereum. This mining rig was released in 2018 and has quickly become popular with miners due to its high-efficiency levels and low operating costs. Furthermore, Innosilicon has invested heavily in research and development for this product which means it will continue to evolve as more technologies are introduced into the market. With its impressive features and cutting-edge technology, the T2 Turbo is set to revolutionize cryptocurrency mining.

Innosilicon’s commitment to research and development

Innosilicon is a leading player in the cryptocurrency mining hardware market, and its commitment to research and development has been a critical factor in its success. The company’s team of experienced engineers and researchers is constantly working on new technologies and innovations that will help to improve the efficiency and profitability of the mining process. Over the years, Innosilicon has invested heavily in research and development, making numerous breakthroughs that have helped to shape the industry. By developing next-generation ASIC chips and new mining technologies such as proof-of-stake (PoS)and proof-of-capacity(PoC), Innosilicon is helping to make cryptocurrency mining more decentralized, accessible, efficient, and profitable for miners around the world.

Innosilicon has been at the forefront of developing next-generation ASIC chips in recent years, which are smaller, faster and more energy-efficient than previous generations of chips. These advanced chips have been designed to improve the efficiency and profitability of cryptocurrency mining operations significantly. Innosilicon has invested heavily in research and development to bring these new technologies to market, working closely with manufacturers on their integration into its mining hardware products. The company is also involved in developing new mining technologies and protocols, such as proof-of-stake (PoS) and proof-of-capacity (PoC), which could make cryptocurrency mining more decentralized and accessible to a broader range of participants.

Innosilicon has been at the forefront of integrating new protocols such as proof-of-stake (PoS) and proof-of-capacity (PoC) into their products. This is a significant step forward in the cryptocurrency mining industry, as these protocols could make cryptocurrency mining more decentralized and accessible to a broader range of participants. With PoS, miners are rewarded for validating transactions without relying on large amounts of computing power. In contrast, with PoC, miners are rewarded for storing large amounts of data on their computers. Both of these protocols have the potential to increase the efficiency and profitability of cryptocurrency mining.

To ensure that these new technologies are properly integrated into its products, Innosilicon has invested heavily in research and development. Its team of experienced engineers and researchers is constantly working on perfecting these technologies and making sure they work efficiently when used in combination with its hardware products. The company collaborates with manufacturers to ensure that its 7nm and 5nm ASIC chips can be mass-produced and brought to market quickly. This commitment to innovation has enabled Innosilicon to remain competitive in an ever-evolving industry and stay ahead of the competition by introducing groundbreaking technologies that could revolutionize the entire mining process.

In addition, Innosilicon is also dedicated to improving the security of its hardware products by developing measures against malicious attacks from hackers. These measures include limiting access to certain parts of the system only through pre-specified authorization keys, ensuring all communication channels are encrypted for secure data transfer, and strengthening authentication methods whenever an update or change is made in the codebase or hardware configuration settings. All this demonstrates Innosilicon’s commitment to providing users with a secure platform they can trust while leveraging their latest technologies for optimal performance.

Innosilicon has established itself as a leader in the cryptocurrency mining hardware market thanks to its commitment to innovation and research, and development. The company’s products have pushed the boundaries of what is possible with mining technology, while their work on ASIC chips and new protocols such as PoS and PoC are helping to shape the industry for years to come. With continued investment in R&D, Innosilicon looks set to remain at the forefront of cryptocurrency mining hardware for many years ahead. 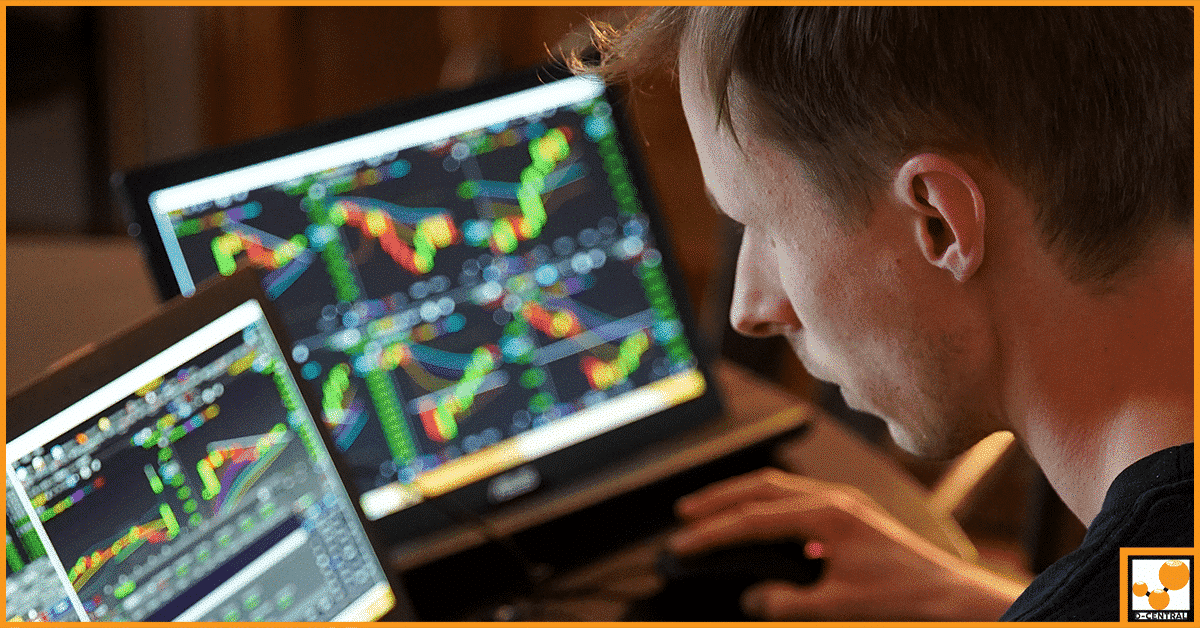 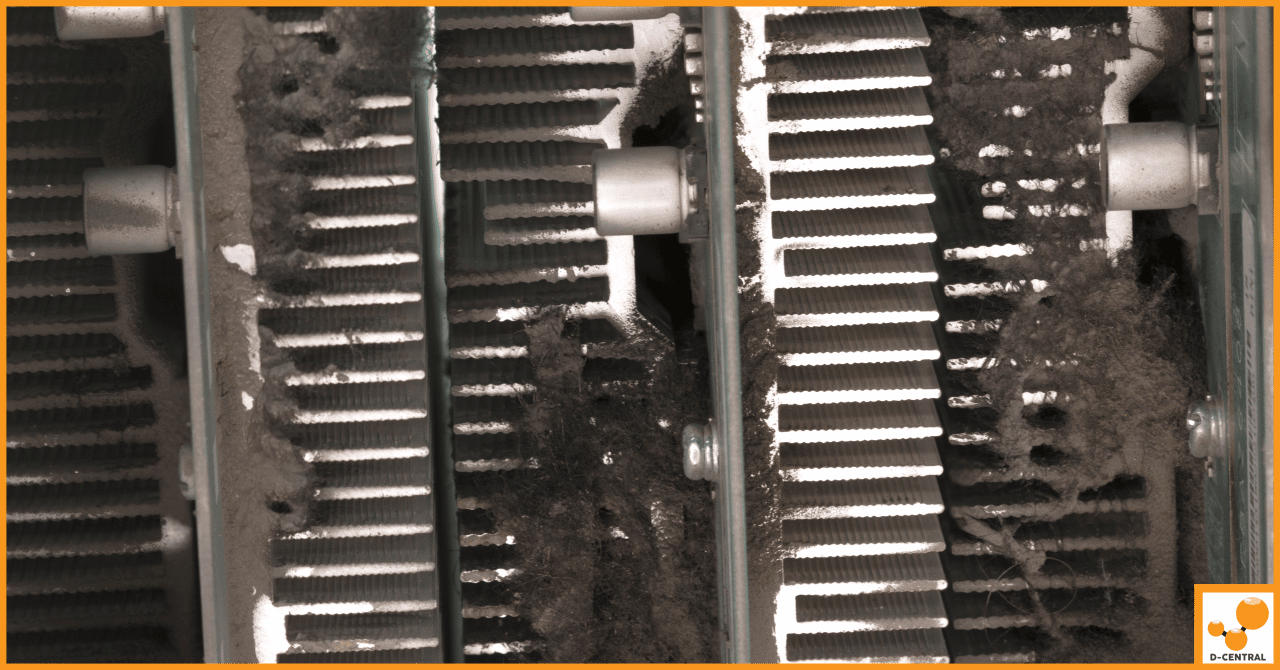 How to Clean and Cool your ASIC Miner

Crypto miners, including ASIC miners, must be properly maintained to achieve optimal performance. This includes cleaning the miner on a 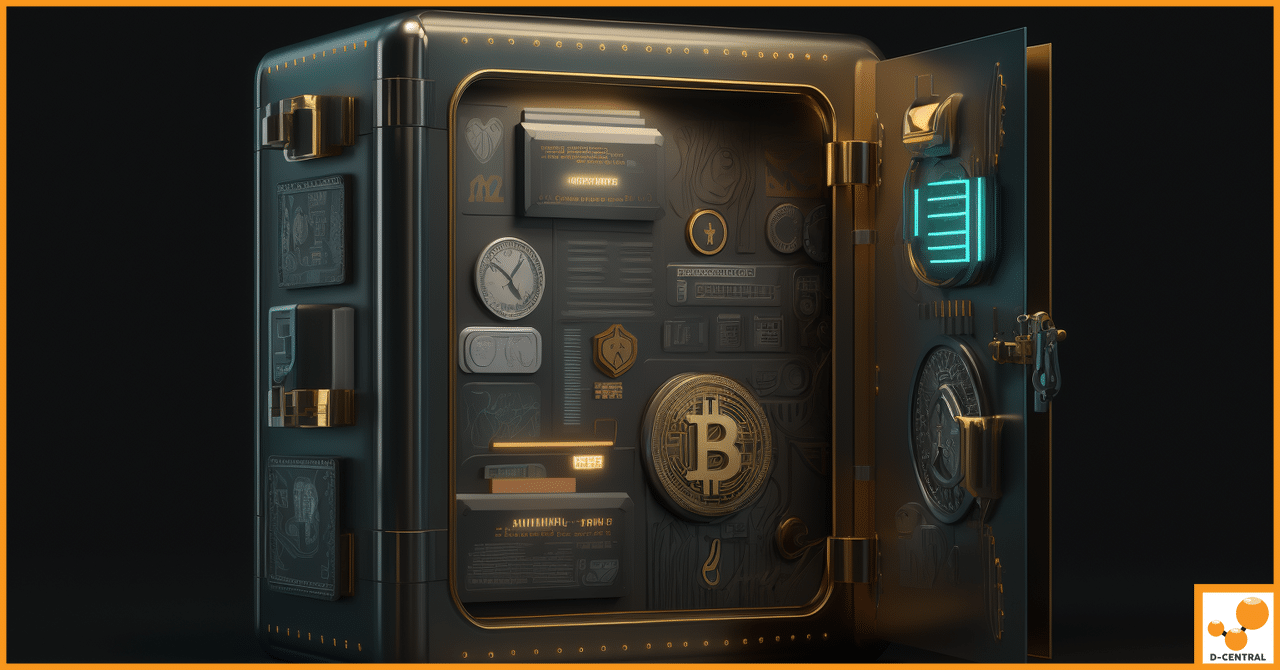 The Benefits of Keeping Your Bitcoin Keys Offline

Are you looking for a secure way to store the keys to your bitcoin? If so, then you should consider