Bitcoin is a digital currency that can provide an alternative to traditional forms of currency. Bitcoin operates on a decentralized network. This means that there is no central arbiter who controls Bitcoin. As a result, Bitcoin is not subject to the traditional forces of inflation and deflation that impact traditional currencies. This stems from the idea that there is only a limited number of bitcoins that can be put into circulation.

What Are Bitcoin Mining Containers?

To better explore Bitcoin mining containers, it makes sense to look at some of the pros and cons.

The Pros of Bitcoin Mining Containers

Some of the most significant benefits of using Bitcoin mining containers include:

Besides, with Bitcoin mining containers, it is easy to control the cost. The user always knows what the price is going to be, and this makes it far easier to scale the product. It is possible to project the cost of this mining setup. This would be much harder if miners had to rent out space in a building.

Finally, in a world where time is money, Bitcoin mining containers are the answer. It is much easier to get this up and running because the containers are so compact. At any time, the system can be booted up, allowing miners to get to work quickly.

The Drawbacks of Bitcoin Mining Containers

Here are some of the most significant drawbacks to using Bitcoin mining containers:

These containers are generally tiny. Some people don’t like to work in a confined space. Although these containers come in a range of sizes, they are never spacious. If they were huge, it would defeat their purpose.

There can also be a lot of noise when working in Bitcoin mining containers. There are a lot of fans that work in a small space. Noise tends to bounce off the walls, amplifying their sound.

The temperature can be challenging to control. Because most Bitcoin mining containers are naturally air-cooled, this could be a challenge. It can get excessively hot while working in a container.

Moisture can also be challenging to filter out because there is no time to mix with the ambient air in the room. Cold coming from outside is siphoned directly into the ASICs. This makes the containers much more vulnerable to harsh climates.

There are also increased risks of theft. Most containers are shipped alone to remote locations, often places that are not permanent. These sites will often lack surveillance and security compared to professional hashcenters. Additionally, containers are much easier to break into than secure facilities.

Finally, another difficulty with cryptocurrency mining containers is that due to their remote nature, the support SLA for managed containers will often take more than a week compared to hours in hashcenters. This is because hashing centers tend to have so much rolling stock in one location that there is almost always, if not always, one or more technicians on site.

Furthermore, the EZ Blockchain Container comes with all of the IT infrastructures that are required to run a stable Bitcoin mining operation. This includes metal powder-coated shelves that are designed to hold all of the necessary hardware, surge protection, and an environmental monitoring system. There are even HVAC fans and an evaporate water wall cooling system that will help with some of the temperature issues.

These are just a few of the most significant examples of Bitcoin mining containers. With the pace at which Bitcoin is growing, all miners must take a look at their position in the market and make sure they are in the right spot. This will allow everyone to maintain a competitive edge, helping them add blocks to the blockchain as fast as possible. Therefore, it is a good idea for all Bitcoin miners to take a look at these mining containers. 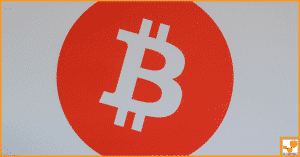 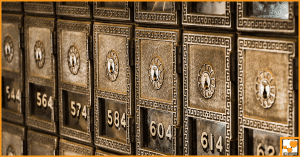 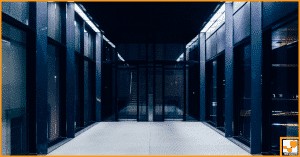 What Is a Colocation Data Center?

Companies benefit from using colocation centers as part of a