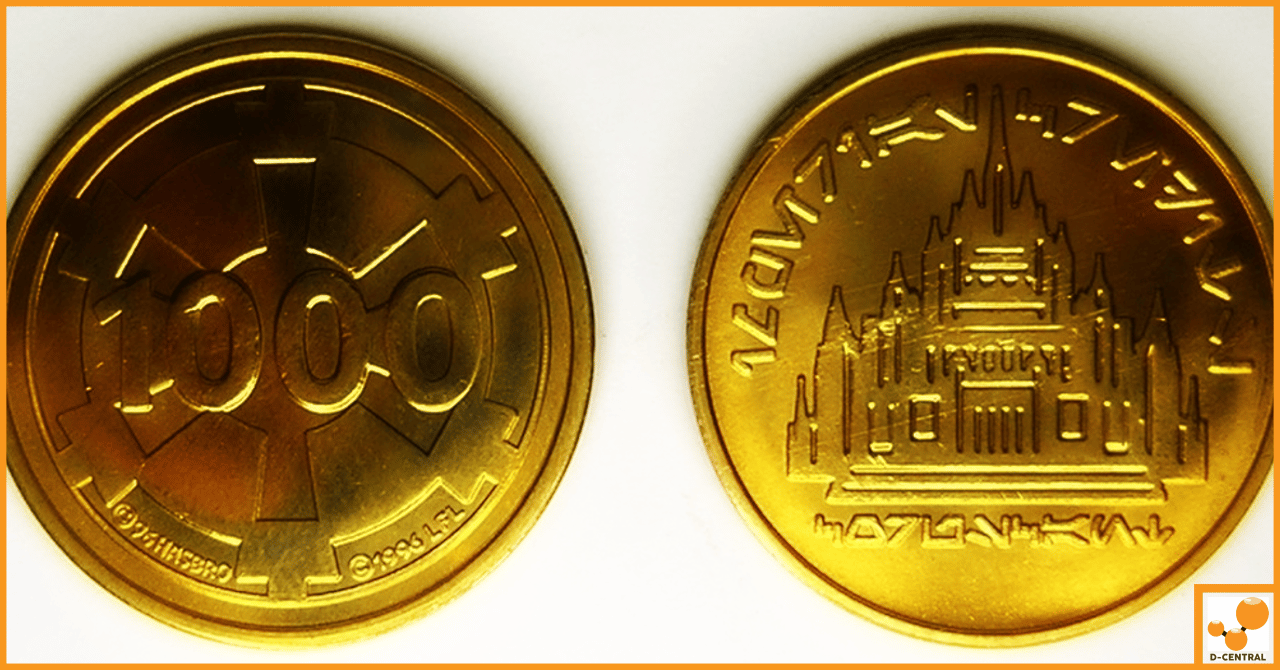 When it comes to the world of science fiction, there are few franchises as iconic and well-loved as Star Wars. With a long history spanning over 40 years, it’s no surprise that the series has had a major impact on popular culture. From movies and television to books and video games, the franchise has spawned countless spin-offs and adaptations. So what is it about Star Wars that has captured the imaginations of so many people for so long? Join us as we explore the answer to that question by taking a closer look at one of the most fascinating aspects of the franchise: its currency.

Ever since its introduction in the Star Wars universe, the Aurodium standard has served as a unifying form of currency among the various worlds of the Galactic Republic. Materials such as gold and Corusca gems were used to determine its worth, and its precious metal content was never less than 50%. It was not long before other civilizations began to adopt it for their own exchanges, leading to increased prosperity over time.

Every major political power within the Republic eventually standardized upon this star currency which facilitated trade between them—a sign of unity that lasted until the tumultuous events surrounding the rise and fall of galactic powers which so characterized galactic history during this period. With its prized metallurgical properties and universal acceptability, it soon became apparent that no other form of currency could rival its prestigious status throughout all corners of the galaxy. The Aurodium standard was truly a cornerstone of commerce and exchange in all regions influenced by the Republic’s influence.

In sum, while other currencies may have had certain advantages over Aurodium in specific areas across the galaxy, it was ultimately proven time and again that no form of exchange could match up to its universal importance within various star systems. Its popularity endured until more recent times when more advanced forms of digital currency came into play, yet there can be little doubt that Aurodian will always be viewed fondly by those who experienced firsthand how it helped bring about a diplomatic resolution between otherwise disparate civilizations during strife-filled times in outer-space history.

Though set by Galactic Republic forces centuries ago, the power of this intergalactic currency has thankfully yet to fade from memory— nor from social relevance, as many still consider it one of the most reliable means for interstellar trade known even today.

The Aurodium standard was an economic system that was used to measure the value of a currency. This system was based on the value of a precious metal called Aurodium, which was mined from the planet Alderaan. The Aurodium standard was set up by the Galactic Senate to unify the interstellar economy throughout the galaxy. Under this system, each currency unit would be linked directly to a certain amount of Aurodium per unit.

The Aurodium standard provided stability and security for traders, investors and consumers alike as it shielded them from any sharp fluctuations in exchange rates. It also enabled governments and large organizations to conduct international trade since all currencies were measured against one central monetary standard. As a result, the Aurodium Standard played an instrumental role in facilitating economic development and prosperity throughout the entire galaxy.

Sadly, when Alderaan was destroyed, much of its precious resources had been reduced to dust, leaving behind unrest in many parts of space as its citizens looked for alternatives to replace the missing resource. Nonetheless, the legacy of what had once been known as “The Golden Standard” lived on through other exchanges, and while times may have changed, much has stayed just as secure.

To this day, you can still find admirers who float stories honouring those days gone past when life seemed simpler because they knew they could always turn to their trusty currency: cleanly beautiful Aurodium Coins shining clear gold beneath whatever sky they found themselves under if only for a moment’s time.

The similarities between Bitcoin and Aurodium

While The Aurodium standard is featured in the Star Wars universe and the Bitcoin standard is a real-world concept, there are some interesting similarities between the two.

One of the main similarities between The Aurodium standard and the Bitcoin standard is that they are both decentralized forms of currency. In the Star Wars universe, the Aurodium standard is not controlled by any one government or institution and is instead used as a universal form of currency for trade and commerce. Similarly, the Bitcoin standard is not controlled by any central authority and is instead underpinned by a decentralized network of computers that facilitate transactions.

Another similarity between the two is that they are both based on proof of work. The Aurodium standard is created through a process known as “alchemical transmutation,” which involves using advanced technology to transform raw materials into the currency. Similarly, the Bitcoin standard relies on complex algorithms to create new units of the currency and to verify transactions on the network.

Finally, both The Aurodium standard and the Bitcoin standard are subject to fluctuations in value and are potentially volatile. In the Star Wars universe, the value of Aurodium can fluctuate based on various factors, such as the state of the economy and the availability of resources. In the real world, the value of Bitcoin has been known to fluctuate based on various factors, including market demand and government regulations.

Overall, while The Aurodium standard and the Bitcoin standard are two different forms of currency, but they share some interesting similarities, including their decentralized nature, their reliance on proof of work, and their potential for volatility.

The Aurodium standard was eventually replaced by the credits system

Unfortunately, this currency has been phased out in favour of Galactic Credits. These credits would be much easier to use. Not only did credits make transactions more convenient overall, but they also opened up Star Wars economies even more. Credits allowed Star Wars citizens to purchase goods not only on their own planets, but also on other Star Wars worlds.

Stores and vendors in these new marketplaces could accept credit regardless of where customers came from, allowing them to offer competitively priced merchandise to Star Wars consumers across the galaxy. This eventually resulted in the widespread acceptance of the credit system and the eventual replacement of Aurodium as the primary Star Wars currency.

Most transactions were conducted electronically, with credits transferred from one account to another. However, physical credits can also be used to purchase goods and services.

An analogy can be made between Star Wars galactic credits and fiat currencies. Like galactic credits, fiat currencies are the official legal tender of their respective governments, and the authority and power of the state back them up. However, just like in the Star Wars universe, where rebels and bounty hunters prefer to use unofficial currencies, in the real world, some individuals and groups prefer to use alternative forms of currency that governments do not control.

The Aurodium Standard has been a crucial part of the Star Wars galaxy. The galactic government developed this standard to help regulate currency across the various star systems of the galaxy. As time went on, it began incorporating new forms of credit, such as Republic credits and, later on, Imperial Credits. Despite technological advances and the growing popularity of alternative forms of money, the Aurodium Standard is still in use throughout many galaxy parts. Much like in its early days, it remains a convenient way for those who travel or live among multiple star systems to trade goods without worrying about a local currency exchange rate or conversion fees. Additionally, many people still rely on this trusted method as they simply trust that their investment will remain safe using this well-known currency.

Just like Bitcoin, a decentralized digital currency not backed by any physical asset or government. Because it is decentralized and not controlled by any central authority, it is considered censorship-resistant, meaning that no single entity can prevent someone from sending or receiving bitcoins. This makes it an attractive option for rebels and bounty hunters who want to transact outside the traditional financial system.

Additionally, unlike Imperial Credits or fiat currencies, the supply of bitcoins is limited. There will only ever be a total of 21 million bitcoins that can be mined, and the rate at which new bitcoins are created gradually decreases over time. This limited supply, combined with increasing demand for the currency, is one of the main reasons why the value of a single bitcoin has been steadily rising over the years.

Bitcoin is the rebellion currency

The Galactic Empire is constantly printing new money to fund its war effort, and this flood of currency is driving up prices across the galaxy. Meanwhile, the Rebel Alliance struggles to pay its bills, as its income is constantly outpaced by inflation. Cryptocurrencies could offer a potential solution to this problem by providing a secure, transparent, and divisible form of money.

“The Empire’s making a mint off these things [Imperial Credits].” – Han Solo

This quote from Han Solo in Star Wars Episode V: The Empire Strikes Back reflects the idea that the Empire is profiting from using Imperial Credits as its official currency. In the real world, governments and central banks also profit from using fiat currencies, as they can control the supply of money and generate revenue through the issuance of new currency and the collection of interest on loans.

In conclusion, just like in the Star Wars universe, where rebels and bounty hunters prefer to use unofficial currencies, in the real world, some individuals and groups prefer to use alternative forms of money that governments do not control. One such alternative is Bitcoin, which offers censorship resistance, limited supply, and potential for appreciation in value. 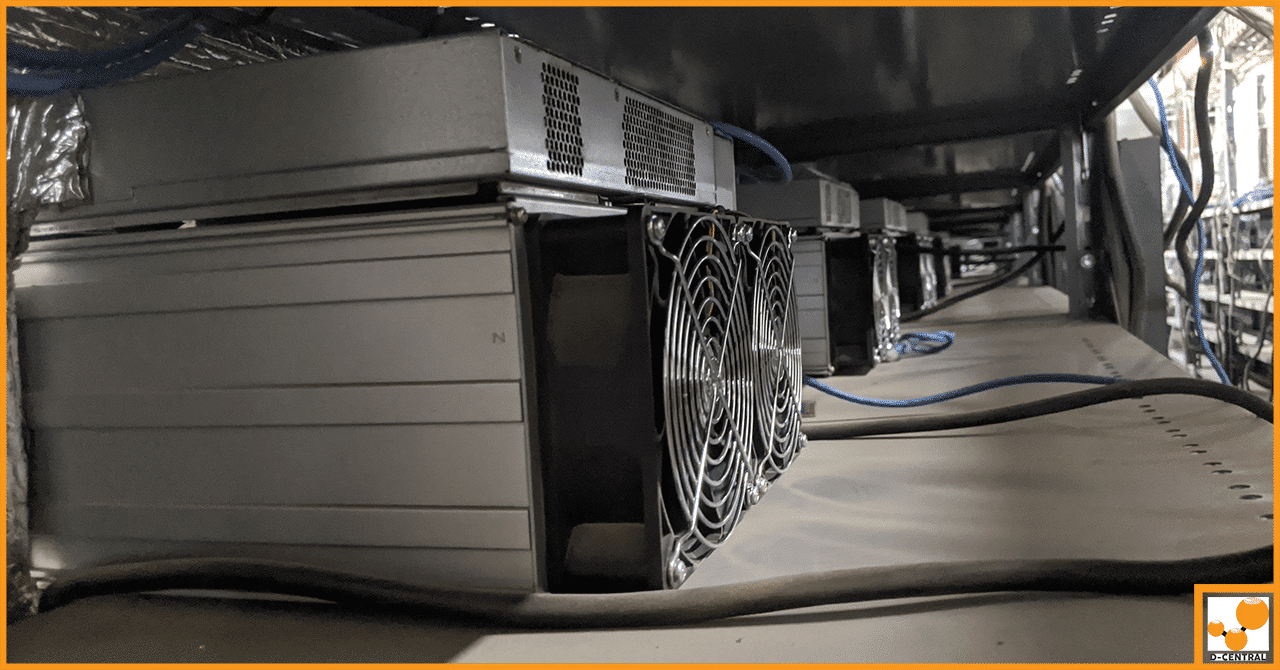 Why ASICs are Here to Stay for Proof-of-Work Mining

Many people would say the ASIC paradigm in mining is terrible for the Bitcoin network. Yet, ASICs have been proven 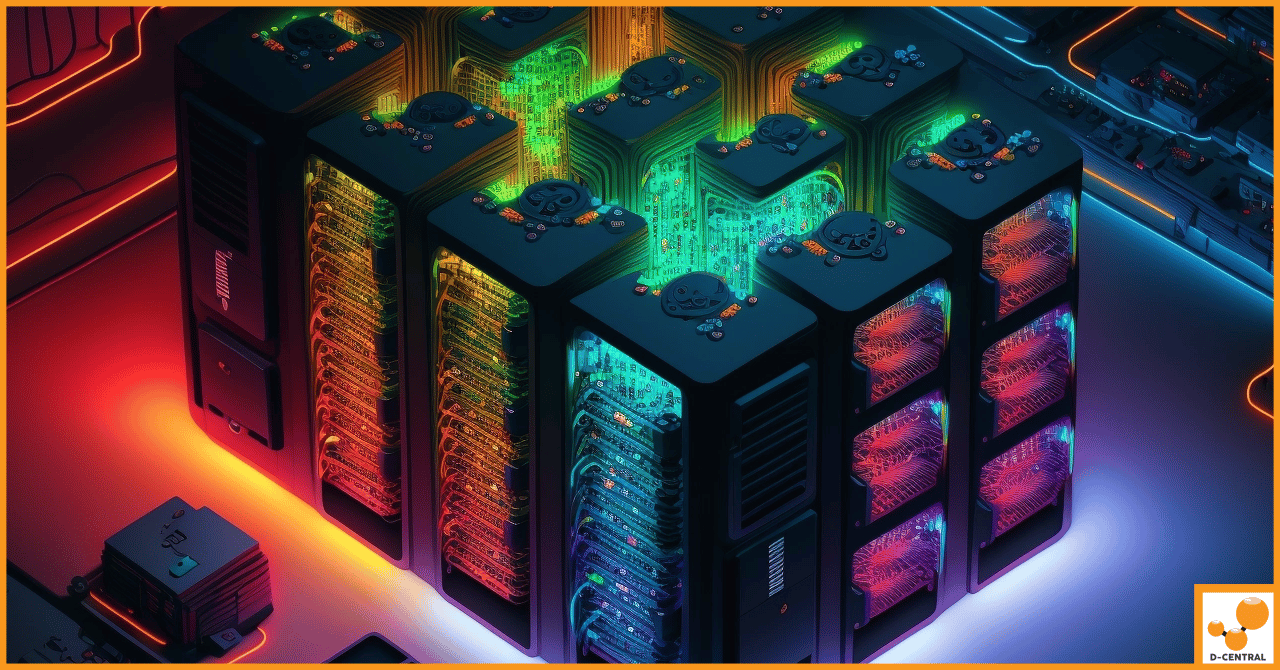 Overcoming the technical hurdles of implementing immersion cooling for ASICs

Immersion cooling is a cutting-edge technology that has been gaining popularity in the mining industry. It involves submerging ASICs (Application 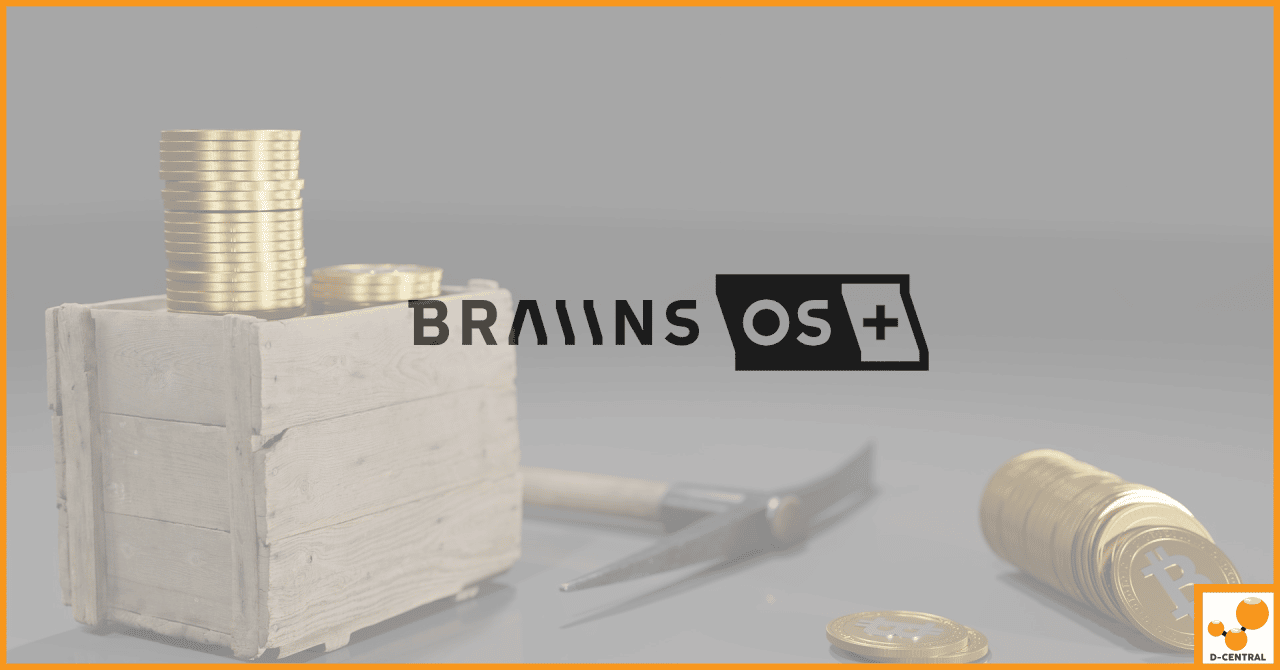 How to Run BraiinsOS+ firmware on Antminer 19 Series