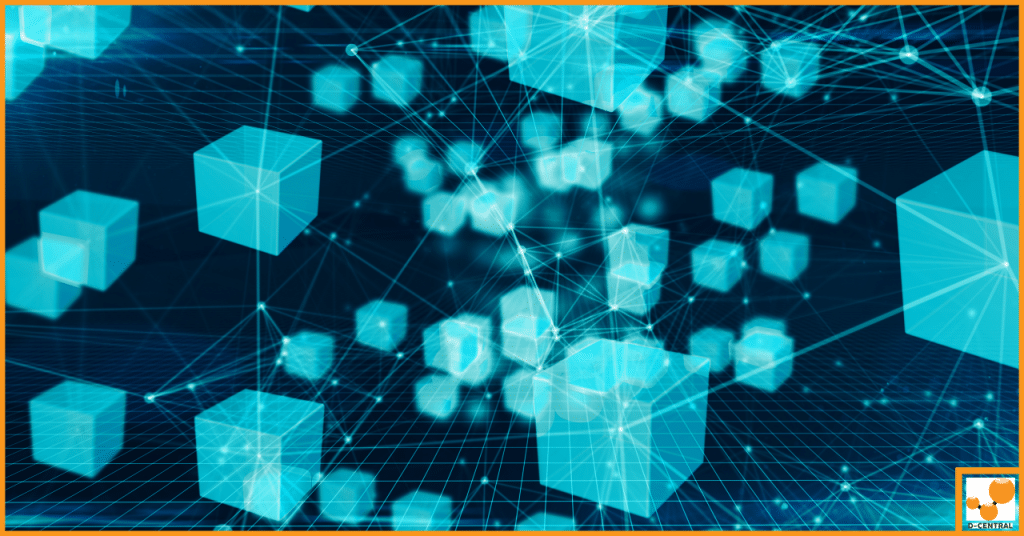 Learning the lingo and how the blockchain provides security can help you understand why it provides better security than most computer networks. First, let’s look at the basic structure of a blockchain, then we’ll define nodes, mining, and miners.

Before blockchains, you would store information on servers owned or leased by your organization. For example, a bank would store its client information and transaction data on its own local servers or virtual servers in the cloud, but it owns or leases all of them. This makes it relatively simple for the bank to change transaction information if it desires, leaving it lacking veracity.

In computing as a whole, a node consists of any piece of equipment attached to a network, whether that refers to a local area network or a worldwide area network. In blockchain terminology, a node refers to any device contributing to the blockchain infrastructure. This can be a mobile device, computer, laptop, or server, depending on the blockchain. In Bitcoin, to run a node, you need a server.

While if you make a traditional bank transaction, it can take days or weeks to settle, typically three to five days, blockchain technology can settle much more quickly. The traditional financial industry passes its transactions through numerous third-party processors to verify transactions and move money.

A blockchain, however, uses a decentralized method of verifying transactions. It uses no third-party processors. In the case of Bitcoin, it uses a verification method called proof of work (POW). In a POW blockchain, a user known as a miner expends computational power from their computer to contribute to a cryptographic problem, thus producing an appended block in the chain. The block added to the chain contains the transaction and several other transactions coming from all over the world.

The chain of blocks containing transactions and balances is maintained by all nodes of the network. When a user sends a transaction, it is propagated through the network via gossip protocol. Basically, the transaction is passed to a few nodes who check that it is valid before passing it to more nodes, continuing until all nodes connected to the network are aware of the pending transaction. Each node checks the transactions that are broadcast by users and each block that Bitcoin miners add.

What is a Bitcoin Miner

In Bitcoin, instead of confirming transactions one by one, Bitcoin miners will batch pending transactions into blocks. The Bitcoin miner essentially makes an energy sacrifice to obtain the right to write a block. Today, this is mainly done with the help of specialized equipment that we call ASICs. When Bitcoin first began, you could mine it with a computer, but as the blockchain grew, you needed a powerful computer processor and a machine completely dedicated to the task.

The confirmed block is propagated across the entire network back to all nodes to ensure the block is valid and adheres to the rules of the network. Once validated, the nodes add the block to the previous blocks, thus creating a blockchain. At this point, the entire network has witnessed this transaction being sent by the user, validated by each node, and confirmed by the miner. Final settlement is achieved, and funds are irreversibly passed from the sender to the receiver.

Since miners worldwide compete for this writing right, it is more difficult to do it alone. This is why the miners join forces and collectively contribute to what is called a mining pool. You can join a mining pool online to put your computing power with that of other miners. By doing so, you work on the computational problem at a greater speed than your ASICs could do alone. This improves the chance of solving the block and appending the solution block. For doing this, you earn a portion of bitcoins out of the amount that gets automatically minted by the system when a block gets solved.

Today, the act of mining Bitcoin is when you turn on your ASICs and set it up to mine Bitcoin, whether directly or via a pool of other miners you are said to be mining.

To incentivize people to spend resources and take on long-term risk, the Bitcoin network provides miners with the opportunity to earn revenue. Every transaction includes a transaction fee. Every block contains a subsidy of newly issued bitcoins, both of which are paid to whichever miner adds the given block of transactions to the blockchain.

If any invalid transaction somehow makes it into a block, all the nodes will reject the entire block and wait for another to be mined, which doesn’t contain any invalid transactions. This ensures that the miners have economic incentives to act well because it engenders enormous costs, and the only way to make a gain on these costs is to mine valid blocks that can be added to the chain and contain the reward promised.

Just as inflation occurs with fiat currency, so it happens with cryptocurrency. Rather than minting money like the US government, though, Bitcoin creates it in small trickles. Each time a miner expends their computational power to solve a block, thereby securing the network, they get paid a few bitcoins. This adds up over time if they do not spend it.

Because miners work constantly mining the blockchain and one block appends to another block, the chain constantly writes. The computer code and machines that comprise a blockchain, regardless of its organization or linked cryptocurrency, all have one important thing in common. You can only write a block once. You can never edit it. If you misspell something in a document or transaction written on the blockchain, it is written that way in perpetuity. There’s no going back because, automatically, a new block gets written behind it, throwing up a roadblock of sorts. Every ten minutes, a new, full block gets written onto the Bitcoin blockchain through Bitcoin mining.

By now, you probably understand why Bitcoin provides such great security. Its POW protects from denial-of-service (DOS) attacks. Its decentralized nature means work occurs on one or more of its 100,000 active nodes. You can run a listening node without using it for mining. To make transactions on the Bitcoin blockchain, you must download the full node, but not all nodes mine. To mine Bitcoin, you must first download and run a node or join a mining pool that will run a node for you.

This means that at least 100,000 full copies of the Bitcoin blockchain exist. You probably backup your computer to the cloud. That makes one copy of your hard drive. If you crash your computer, you still have all your data saved to your cloud drive. Imagine how safe the information on the Bitcoin blockchain is now that you know there exists 100,000 full copies of it. They each backup consistently since they are either used to mine, which creates new blocks, or listens, which means they get used for transactions.

Blockchains provide the next step in our financial future. They provide a safe mode of storage that, once written, can never be changed, only added to as long as one node exists. Since the first blockchain, Bitcoin, runs 100,000 nodes or copies of itself, all constantly updated, no individual or organization can change the information written on it. At any point, each node processes its own contribution, whether a cryptocurrency purchase or sale, or a retail or service transaction, or mining a block. Each node confirms the transaction of a different node. This is why the distribution and decentralization of the Bitcoin Blockchain are continually cited as a critical innovation to support the world’s safest money network. 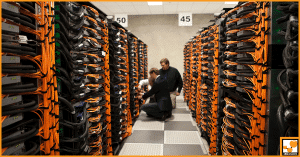 What To Look For in a Bitcoin Mining Colocation Provider

The world of cryptocurrency is growing quickly. The past ten 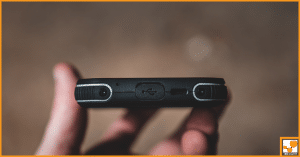