How to buy, sell and exchange Bitcoin in Canada?

Disclaimer: No information on this page should be interpreted as an endorsement of cryptocurrency or any specific provider, service or offering. It is not a recommendation to trade.

Buying Bitcoin is easier than you might think. We provide you with the main ways of buying, spending, selling, exchanging and more.

The more Canadians know about Bitcoin, the more they buy it. The latest edition of the Central Bank of Canada survey that monitors Bitcoin trends found that awareness increased from 62% in 2016 to 89% in 2018. The prevalence of Bitcoin possession also increased from 3% to 5% of the population. The number of Canadians who used Bitcoin to make transactions, such as buying goods and services or making transfers to third parties, also increased in 2018. Canadians are fortunate to have many options and payment methods to buy Bitcoin. Online exchanges are obviously the most popular ways to buy Bitcoins for Canadians due to their ease of use and simplicity. Not only for Canadians, exchanges are the most popular place in the world to buy bitcoins. You might be surprised to know that the worldwide cryptocurrency exchanges traded over $2,000 billions in 2018 despite a bear market. You will find below all the best ways to acquire bitcoins and where to spend them.

A Bitcoin Standard: Lessons from the Gold Standard

Bitcoin Awareness and Usage in Canada: An Update

The Economics of Cryptocurrencies—Bitcoin and Beyond

The 9 Best Places To Use Bitcoin In Canada 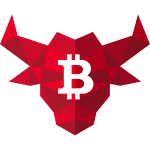 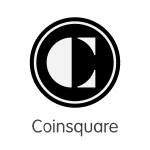 Coinsquare’s QuickTrade feature instantly makes trades between any two currencies. SSL and 2FA enabled, with a 95% cold storage policy on all digital currencies. Low, transparent fees and no trading minimum make it so everyone can take advantage of digital currency. Conveniently trade from any device, and get help from their expert support team whenever you need it. 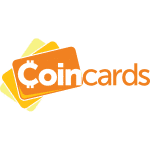 Coincards has the best selection of Hundreds of Gift Cards from Canada’s top merchants. Start spending your cryptocurrencies today. Available in multiple countries, Coincards has everything you could possibly need to live you life with crypto. Whether you’re purchasing gifts for an upcoming holiday, or just buying your weekly gas and groceries with crypto, CoinCards have you covered.
Coincards 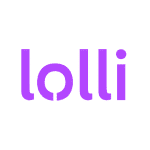 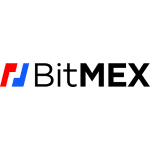 The next generation of Bitcoin Trading products. Up to 100x leverage. Trading without expiry dates. Industry-leading security. Welcome to Bitcoin’s most advanced trading platform. Sign up takes less than 30 seconds. Trade in minutes; deposits only require one confirmation. 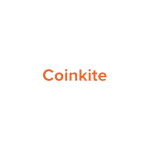 Opendime is a small USB stick that allows you to spend Bitcoin like a dollar bill. Pass it along multiple times. Connect to any USB to check balance. Unseal anytime to spend online. Trust no one. Coldcard is a Bitcoin hardware wallet, it signs transactions to keep the private keys offline. 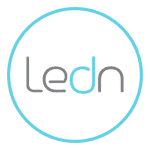 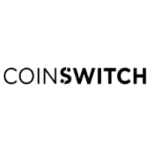 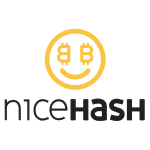 Another way to buy Bitcoin in Canada is by using a Bitcoin ATM. For users that want to buy their Bitcoin using cash, this is one of the best options, but it comes at a price. Bitcoin ATMs will typically cost users much more in fees that range from 6-8% above market price. There are hundreds of Bitcoin ATMs that are located all across the country and you have likely already seen one at a mall or convenience store.

Much like Bitcoin Craigslist or even Kijiji, a P2P network is an online marketplace that allows two users to make a transaction with no middle man helping to facilitate the transaction. It is important to note that in some instances people have been taken advantage by certain people on P2P networks so it is always important to do the proper research on each selle/buyer and never conduct a transaction outside of previous thresholds.

How do I buy bitcoins?

Despite considerable attention in the financial and investment world, many people do not know how to buy Bitcoin, but this is as simple as signing up for an email. In order to trade on the bitcoin network, participants must run a program called a wallet. If you are unfamiliar with Bitcoin wallets, head over here to learn how to protect your bitcoins. Once your wallet is ready, simply use one of the online exchanges referenced on this page or go to a Bitcoin ATM, spend fiat, receive bitcoins.

Should i buy bitcoin now?

The short but most honest answer is that we don’t know. Even if someone claims to know, there is absolutely no guarantee that it is true. No one knows if Bitcoin will go up or down, and it’s still too early to tell. There has never been such technology and such hard money before, so it remains to be seen what it will become. In all cases, remember – never invest more than you can afford to lose and do your own research before making an investment.

How many bitcoin are there?

Currently, around 18 million bitcoins have been mined. There are only 21 million bitcoins that can be mined in total. The bitcoin mining process that rewards miners with a bitcoins upon successful verification of a block adapts over time. When Bitcoin was first launched, the reward was 50 BTC. A few years later, in 2012, it halved to 25 BTC. In 2016, it again halved to 12.5 BTC. Miners currently receive this award when they succeed in their efforts. In the course of 2020, the reward will decrease to 6.25 BTC. It will continue to halve every four years or so until the final bitcoin is mined.

Can bitcoin be converted to cash?

In theory, you will one day be able to use bitcoin for any type of purchase. The idea that bitcoin will eventually replace fiat currencies is the reason why so many people are investing in bitcoin now. Right now, however, the reality is that relatively few businesses or individuals will accept payment in bitcoin. There are several ways to convert bitcoin to fiat money and eventually transfer it to a bank account. Most of the exchanges listed on this page will support the sale of bitcoins and bank transfers. You can also use a Bitcoin ATM and withdraw the amount of bills you need.

How much bitcoin should i own?

There is no single answer to this. It depends on individuals. Their level of conviction and their personal life too. Most of us Bitcoiners would say that you should get into Bitcoin, this could very well be the future of money. Bitcoin has a limited supply of coins, while central banks and governments can always print more fiat money. But reality is it remains to be seen what will become of it. In any case, remember – never invest more than you can afford to lose and do your own research before making an investment.